While I was out shooting Santa last week I had some spare time to play with my flash and shoot through umbrella set-up and took the following shot: 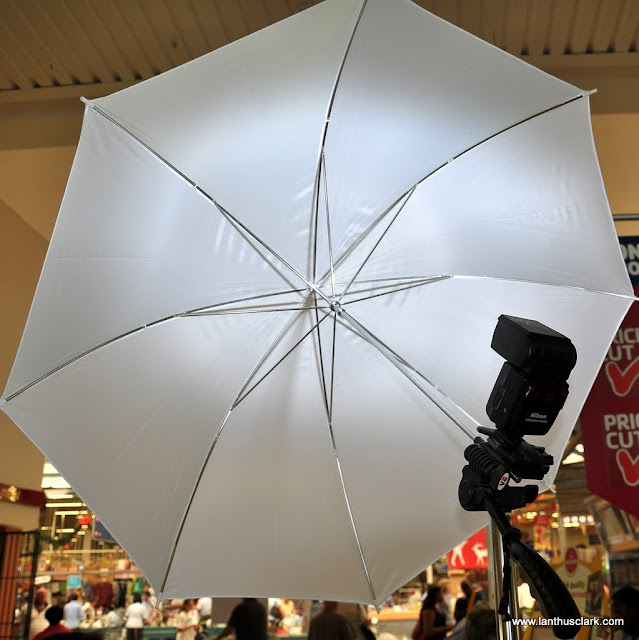 As you can see there is a distinct hotspot in the umbrella. Not so great for even distribution of light, which is the point of the umbrella to start off with. Of course it does help to distribute light, but not as well as it could. The flash was set to about 50mm here, so I flipped out the built in diffuser and it automatically went to 14mm wide with the following result: 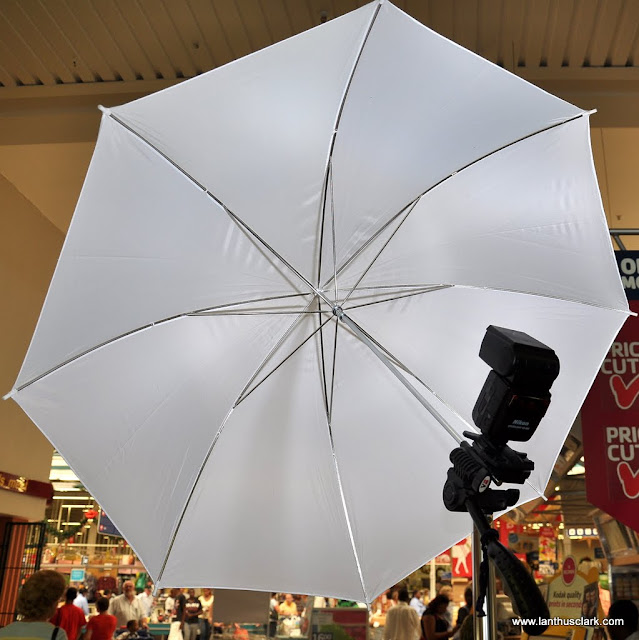 Beautiful even distribution of light resulting in a better wrap around effect for portraits! 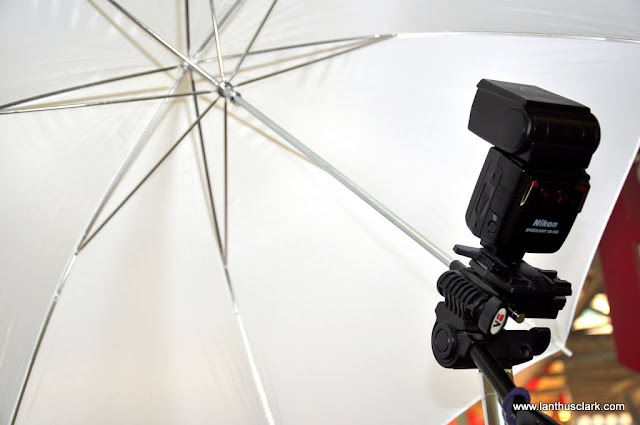 Some people say I'm tight, but I like to think of myself as frugal...
;-)
Posted by Lanthus Clark