What on earth does a "grid" actually do?

I was asked recently what the purpose of a grid is on a flash, and while I can explain it easily enough a picture speaks a thousand words so here are about four thousand words worth in pictures! (...and a little text)

First up a flash firing directly at a wall (with a framed drawing hanging on the wall) without any attachments whatsoever: 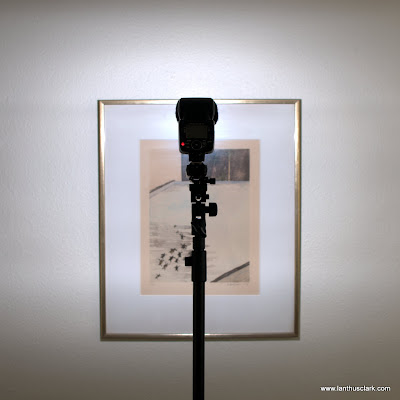 As expected there is a large spread of light across the entire wall in front of the flash. The flash is set to 35mm.

Next up the exact same shot but with a grid attached to the front of the flash: Ok, it just became glaringly obvious what a grid does when attached to a flash. It concentrates the light into a much smaller area and eliminates the kind of spread one can see in the first photo. There are numerous advantages to this, for instance when shooting portraits and you want to highlight a portion of the subject but not the background then a grid would help a lot towards that end. Another common use in portrait photography is to concentrate light onto the back of a subject's head to give a nice "rim light" without firing light directly back at the camera and causing extreme flare (although that can be used for a nice effect too) and ghosting up your otherwise beautiful portrait. It can also be used as a backdrop light to separate subject from background. I will post actual portrait examples at a later date.

Here are two shots of the flash towards the front but a little to one side to highlight the effect of gridded and non-gridded flash: 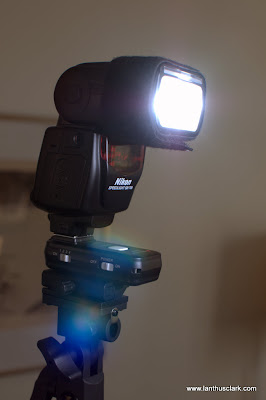 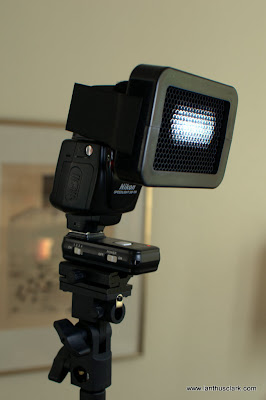 So that, in a nutshell, is what a grid does and I hope it's clearer now and not more confusing! ;-) If you have any questions I will be more than happy to answer them, simply post in the comments below and let your question benefit anyone else who may have the same.
Posted by Lanthus Clark

Email ThisBlogThis!Share to TwitterShare to FacebookShare to Pinterest
Labels: Equipment