Another Take on Photographing a Bottle of Wine 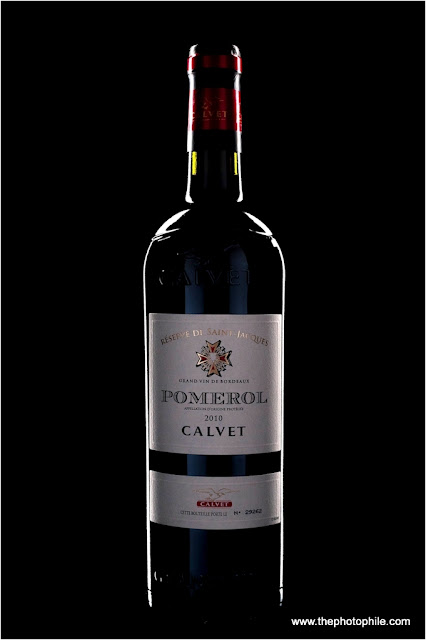 As you know I recently posted something on shooting a bottle of wine in a light tent, to see it CLICK HERE.

Well, this time around I wanted to try something a little different than the last shoot and go for an entirely different look.
So I ditched the light tent and set up with a single Elinchrom D-Lite-it 2 with a 65x65cm light-box, and attached a strip of black card-stock to the front of it with two black clothing pegs effectively covering about 50% of the light-box straight down the middle. I also had two strips of black card-stock on either side of the bottle to subtract some light from the light-box behind the bottle of wine. There were also two light stands on the table with some white A4 sheets of paper clamped and placed to reflect some light back onto the bottle of wine. Maybe this is a little complicated, so let me just show you a picture: 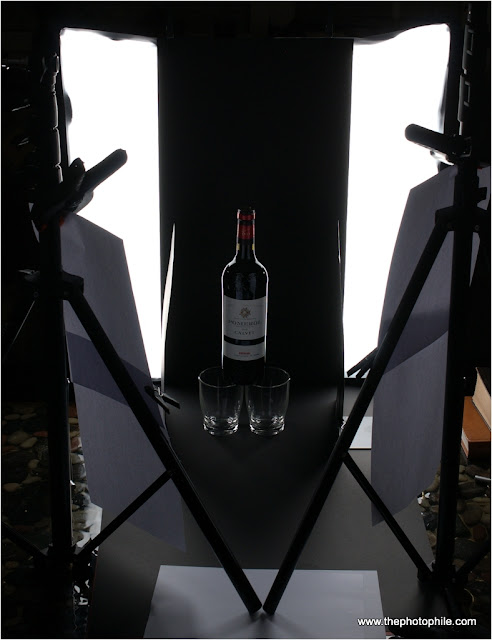 The wine bottle is on top of two glasses which were a simple matter to edit out afterwards. The end result looks ok to me. :-)

And now, the same bottle of wine and same basic set-up as above, but this time I put the bottle onto a different surface. It really changes the whole look of the end result: 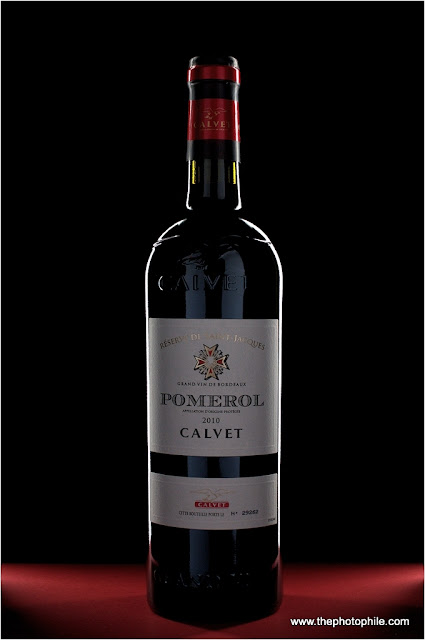