Ok, so maybe the light stand from a tripod is not super cool, but it was fun and more importantly it worked! So maybe fairly cool then.

Basically I had an old cheapy tripod that came with my Nikon F65 when I bought it for next to nothing. During November I needed a light stand to get my flash and shoot-through umbrella higher than an average cheapy tripod can manage, so I looked to the tripod that was too light to hold an SLR camera steady.

First I detached the head from the aluminium pipe it was mounted to and got this: 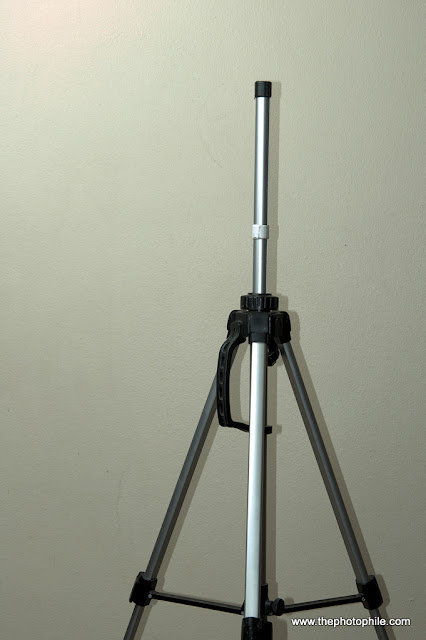 The black and white bits top and middle of the pipe will be explained soon.

I then took a piece of chromed curtain rod of the right diameter to fit the head mount and stuck the business end of the head mount into the pipe, drilled a small hole and screwed it in both sides like so: 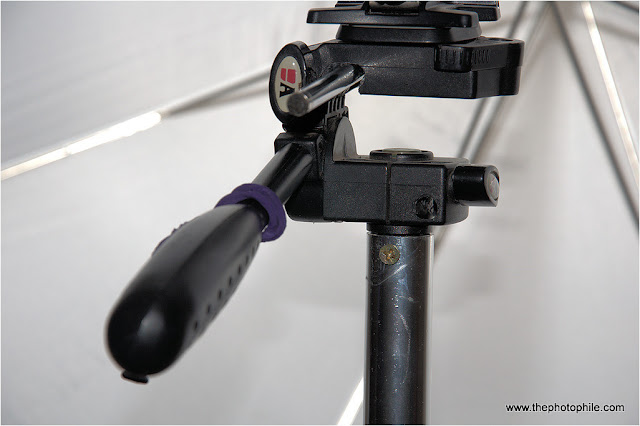 See the screw? Easy, with only basic DIY skills needed... and a drill... with a suitable sized drill bit. If you don't know what a drill bit is just ask your friends and the first one that knows has earned the privilege of assisting you with this little project! ;-)

Next up I had to drill a hole into the head somewhere, without destroying the heads usefulness, for the umbrella shaft to be pushed in to. Time to ask the DIY savvy friend for help again... Here is where I put my hole, yours may be in a different spot. (You will have to use some common sense on this step.) 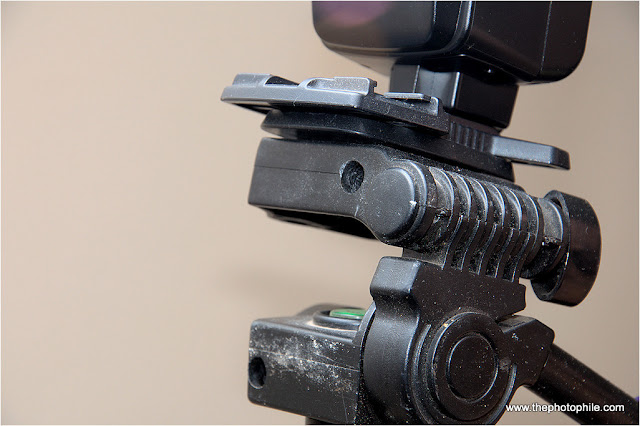 I chose that particular position because the drill bit could go all the way through without damaging any important bits inside. Make sure you get this right otherwise you may render you old tripod head quite unable to mount the flash. Also make sure that the diameter of the drill bit is the same as the umbrella shaft, too small and it won't mount, too big and it will fall out.

While it looks oh so neat from the outside, I'm afraid the same cannot be said of the inside, but heck, nobody looks in there anyway... except all of the readers of this blog. Darn! 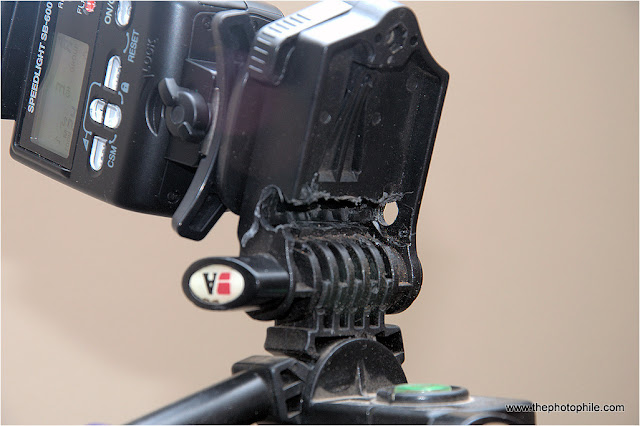 This is what it looks like with the umbrella inserted into the hole. NICE! 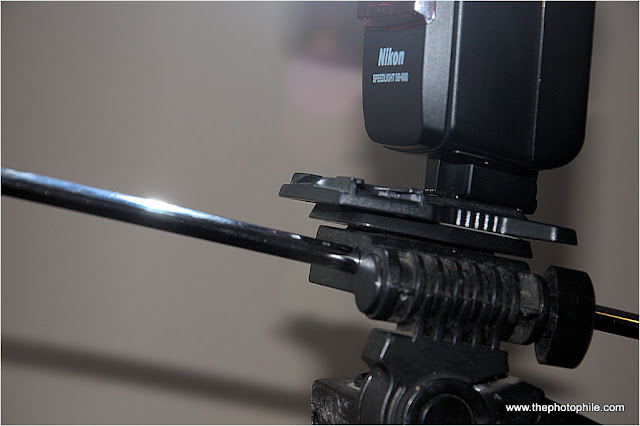 Finally, in order for the curtain rod to fit snugly over the original aluminium pipe that the head used to be mounted to I simply wrapped some electrical tape top and middle and by simple trial and error got it just right:

So that's what those black and white things were! I wanted it to be easily portable, so that's why I didn't screw the curtain rod to the tripod. Now it simply pulls off!

Here's the whole lot together: 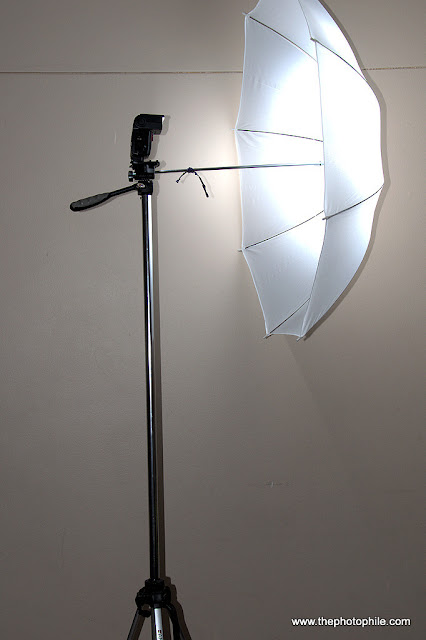 Here is a pic of the set-up using this rig while shooting Santa in December: 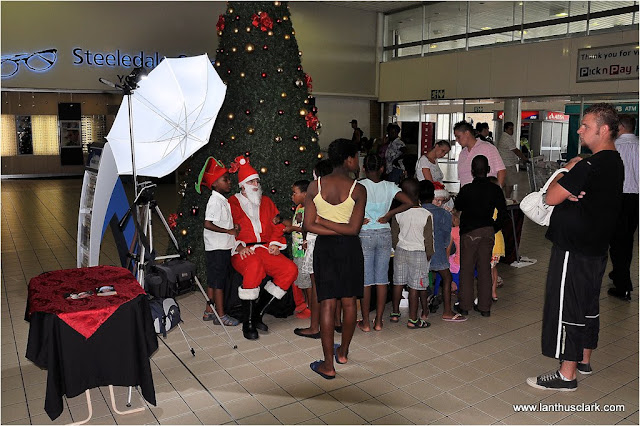 Here is another shot taken with the same: 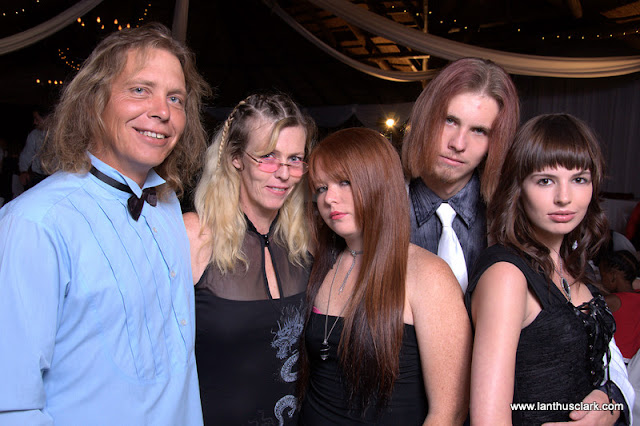 This last one was bounced to cover more area while the Santa shots were all shot through the umbrella.

I should probably have just gone and bought a light stand but hey it would not have been half as much fun!
(This was also free since I had all the bits...) (No, not drill bits... ask your friend.)
Posted by Lanthus Clark