Bride and Groom Kissing outside the Chapel 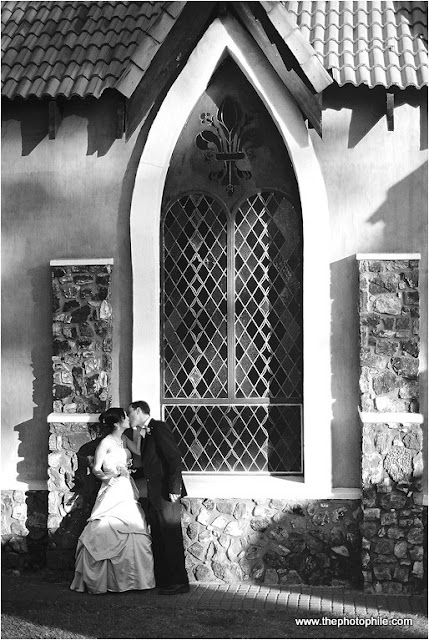 An oldie from my days of film, and still one of my favourite wedding photos. I was shooting with a Nikon F801s camera and a Nikkor 50mm f1.8D lens, a real workhorse combination that served me well for many years!

I would still be happily shooting film but in South Africa it became harder and harder to find anybody who could still process film properly and without leaving smudgy fingerprints on my negatives. I think that as time went on and the old film guys who knew what they were doing in the darkroom retired they were replaced by anyone (young, cheap and inexperienced) who thought they could punch the right buttons on the mini lab machine, and the darkroom art died out.

This is the way of the world and unfortunately profits drive everything. Having recently moved to Sweden I have discovered that local processing labs simply don't exist, so film use seems to be off the cards unless I decide to process my own... C'est la vie, now I have been shooting digital for a number of years and the "old days" of film remain as a pleasant memory.
Posted by Lanthus Clark